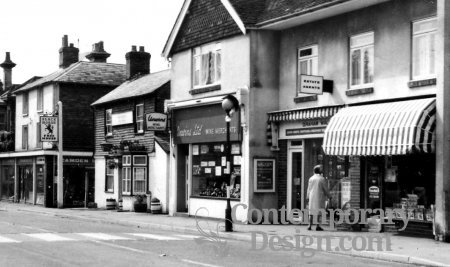 Not since the glory days of Habitat launching in the 1960s
has the high street offered such a range of exciting and well-priced stuff to
fill our homes with. The recent financial crisis and the resulting recession
has fundamentally changed the way we shop. Yes, many companies suffered, but it
also encouraged new players to open up, and forced the survivors to be more
innovative about what they sell. Here are the key factors that have transformed
the British shopping environment into what we see today…

The
financial crisis gave the high street a much needed shake up.

The most obvious result of the recession was that lots of
businesses went bust. This, of course, was awful for the companies’ owners and
employees. But it is hard to mourn some of the chains that disappeared. Land of
Leather and Allied Carpets hardly set the pulses racing. And many analysts
argued that Britain simply had too many shops – be it out-of-town supermarkets
or warehouses selling uninspiring upholstered furniture. According to
Conlumino, a retail consultancy, the furniture market – as a result of all the
closures – is much smaller than it was before the financial crash. In fact, we
are now spending £4.3 billion a year less on furniture. However, this sector’s
once junior cousin, the furnishings and decor market, is booming. The high
street has been quick to react to this change, offering shoppers ever­growing
choice.

How an
increase in the number of renters has affected shopping habits.

The success – or failure – of furniture shops on the high
street used to be very closely tied to the housing market. The more people who
move home, the more carpets and kitchens are sold. So, one of the main effects
of the housing market tanking in 2008 was the collapse of some furniture
chains. Recently, however, there has been a change in the market – namely, a
significant rise in renting. Before the housing crash, a peak of 71 per cent of
people owned their own home in Britain. This has now fallen to 63 per cent – it
may not sound much of a drop, but this is the first time since World War I that
the number of homeowners in Britain has fallen and it means that millions more
people, especially young people, are renting. They don’t need new kitchens or
carpets, but they do want products that will help them to personalise their
space.

We now shop
for our homes like we do for our wardrobes.

The demise of the big, out-of-town furniture warehouses has
led to a curious, and rather exciting, revolution on the high street. You can
now find chaises longues, beautiful mid­century-style chests of drawers,
ceramic balloon dogs and natty ottomans at a wide variety of different outlets:
fashion chains, department stores, new American entrants such as West Elm and
Anthropologie, and even pound shops. It may seem an odd idea to buy your
lampshades from Zara Home or H&M, but these two are really motoring at the
moment.

The newest players – like stylish European discount shops
Tiger and Hema – refresh their ranges every few weeks. Pop in and there are
always new bowls or candlesticks. It’s these inexpensive yet on-trend brands
that are setting the tone for the entire high street.

High-street
brands are harnessing the power of designer names.

The big recent high-street successes include the resurgent
Debenhams and John Lewis. One of the things that connects these brands is their
focus on design credentials. Take Designers at Debenhams: the initiative now
sees the store working with 18 well-known creatives, meaning that you can buy
everything from tumblers by John Rocha to bedlinen by Matthew Williamson.

But while shoppers do like a designer name attached to their
homewares, collaborations do not always work. A few years ago, Marks &
Spencer released a range created by Marcel Wanders, the maverick Dutch
designer. No one outside of the design world had heard of him, and certainly
not the average M&S shopper who had popped across from the lingerie
department.

Maureen Hinton, retail analyst at Conlumino, explains: ‘The
general public are not as aware of designers in homeware as they are of their
fashion equivalents. Instead, it’s all to do with credibility.’ This is partly
why DFS’s tie-up with French Connection has been such a big hit – DFS shoppers
have heard of French Connection and associate it with fashionability.

Why
high-street shops are focusing on selling smaller, decorative items.

The recession, you might think, would have dealt a fatal
blow to furniture shops. But it didn’t. Some went under, but those that
survived are more vibrant than ever before. The difference is that we now spend
more on the fun, decorative stuff than we do on statement pieces. In fact, this
area is growing faster than most other sectors of the high street, with sales
up three per cent last year. One of the habits that the British public picked
up in the financial crash – and one we are holding onto – is spending more time
in our own homes, entertaining and relaxing. We want stylish ways to spruce up
these spaces, and an affordable throw is an easier update than investing in a
new sofa.