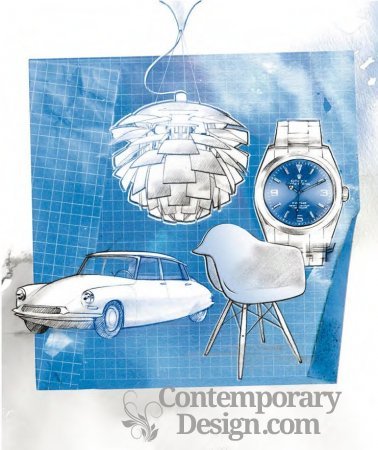 It takes
time for something to become iconic. Anyone who believes in the existence of an
‘instant classic’ has inhaled too much PR. But what exactly is a design
classic? It’s a question framed by the devil to torment the cautious.

First, you
need to distinguish between the classical and the classic, a point of
difference that can be lost on the careless.

Classical
architecture has origins in the Greek and Roman eras. Order, proportion and a
limited range of decorative motifs are the defining characteristics of the
style. Within its strict rules there is, nonetheless, scope for expression. So,
the austere Erechtheion temple on Athens’ Acropolis is classical, but so, too,
was Stanford White’s rather blustering Penn Station in New York, completed in
1910. Or consider classical music, which can be described as the sonic
equivalent of the architectural orders as they were defined by Vitruvius:
formal, predictable and beautiful.

The term
‘classic’ is rather different. It has come to mean the best of its kind. When,
in the mid- 1980s, Coca-Cola tinkered with its sacred recipe and launched ‘New
Coke’, the public rebelled and the original formula had to be reinstated. Upon
its re-release,
it was named ‘Coca-Cola Classic’. Its famous contoured bottle, the design of
which is in its centenary year, is an example of an undisputed classic. But I
am getting ahead of myself.

Everybody
loves classic cars, which tells us something about the nature of a classic. No
one detests or despises these motors, but their individual appeal is based on
nostalgia: the ones we love are those that we remember from our childhood. To
me, a classic car is a Triumph ‘TR3’ or an Austin-Healey ‘3000 Mark II’. To my
son, it’s an Audi ‘Quattro’ or a Volkswagen ‘Golf GTI’. In this sense, a car is
given classic status not because of any rational analysis of merit, but because
of its ability to transport us backwards in time to a dream world of imagined
perfection.

The concept
of a classic only becomes difficult when attached to the term ‘design’ – itself
a word that, through familiarity and misuse, has been attenuated to a condition
of near-meaninglessness. People often say that ‘everything has been designed’
but, after a century and a half of design education in this country, no one can
say what exactly that discipline comprises.

So let me
tell you. Design was a campaign promoted by museum administrators, architects,
pamphleteers, exhibitionists and egomaniacs. During the mid-19th century, it
was intended to educate the public in matters of taste and to rebuke
manufacturers in matters of utility.

As the
campaign evolved, it acquired very specific aesthetics; thus approved objects
were known as ‘good design’ and objects of disapproval were ‘bad design’. Never
mind that bad design often worked and sold better than good: that was of no
concern to visionary purists. What they were promoting was, in fact, an elite
style or patrician taste. You can ignore all of that form-follows-function
stuff. It doesn’t now nor ever did. Form follows fiction.

Given this
definition, the design movement had a historical beginning and end that are as
definable as the start and finish points of, say, the Pre-Raphaelites and the
Constructivists. While the idea of design emerged in the Victorian era, it only
became truly influential after WWI, when mass markets full of acquisitive
consumers evolved. A hundred years later (I mean right now), globalisation
exploded those quaint, provincial Victorian assumptions about taste, social
purpose and public utility. Thus design lost its meaning, becoming a valueless
term that gets routinely. 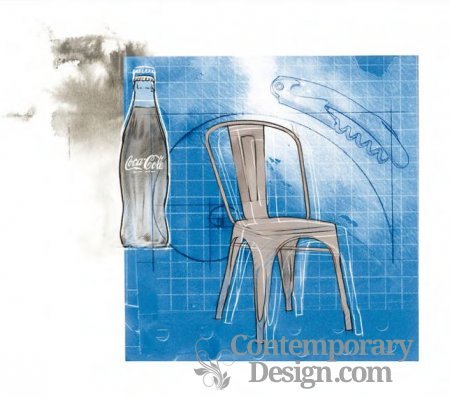 From the
iconic Coca-Cola bottle to the metal chairs created by Xavier Pauchard for Tolix,
design classics come in all shapes and sizes

The idea of
the design classic derives from that earlier period of do-gooding innocence. It
began at the start of the 20th century with the work of the Deutscher Werkbund
(German Association of Craftsmen), which attempted to create standard shapes
for everyday objects such as drinking glasses, and ended with the iPod – Apple
even acknowledged this status when the sixth generation of the iPod was
launched as the ‘Classic’.

Looking
back at the design era, several things become clear. The people who created the
likes of the Porsche ‘911’, the Leica camera and the Rolex watch were, not
entirely unconsciously, aiming to achieve timelessness. These are all products
that resist the depredations of fashion and appear to stay the same. In all of
them, the details are in harmony with the whole: you can instantly recognise a
Porsche, a Leica or a Rolex from a visual fragment. Indeed, rather like a
bio-organism, the entirety of the car, camera or watch appears to evolve from
its elementary parts. And, like a family, successive generations of these
products look the same, or ever so slightly different.

But there’s
another aspect to the defining of a design classic: it is notjust a useful
product, but also represents an idea. French semiotician Roland Barthes, when
discussing the 1955 Citroen ‘DS’ in his book Mythologies, described objects as
‘the best messenger of a world above that of nature’. The message? That the
design of a car can be as complex and beautiful, as subtle and moving, as the
architecture of a cathedral. This is a pleasant fiction. That Coca-Cola bottle?
In this language, it embodies America’s takeaway culture.

Take Dieter
Rams, the inheritor of the Bauhaus ethic, which he passed on to Apple’s
grateful Jonathan Ive. Not only is Rams’ work timeless (his 1962 ‘620 Chair
Programme’ for Vits® is still in production today and is likely to remain so
for ever, or until people cease to feel the need to sit down, whichever comes
sooner), but it is also the product of an absolutely coherent philosophy: quiet
is better than loud, Rams believes, a classic belief if ever there was one. All
of his products behave, he says, with the dignity and discretion of ‘ze gut
English butler’.

There’s a
neat little army of design warriors who are still, from beyond the grave,
battling with the crass and the vulgar. The furniture of Charles and Ray
Eames, Xavier Pauchard’s metal chairs for Tolix, Poul Henningsen’s lights – I
could go on and on. But then there are also those anonymous, everyday items
that have earned ‘classic’ status: a handsome wine bottle and its best
companion, a ‘Waiter’s Friend’ corkscrew, for instance. Neither could be
improved by adding or subtracting anything, so they are true classics.

Ultimately,
design classics should make us feel good about ourselves. They dignify
existence and confirm, if confirmation were needed, that life is more than a
temporary conjunction of hydrocarbons in the relativist chaos of infinite
space. They are the best messengers of a world above nature. And they are
things of the past.