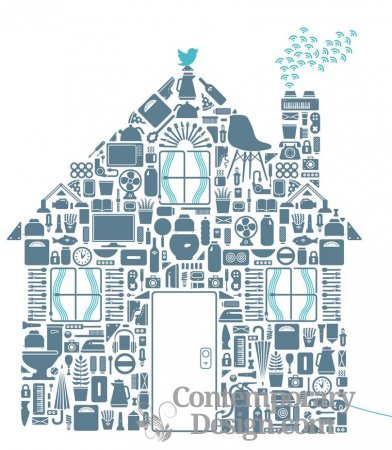 We’re about
to enter the age of the high-tech home. Soon, your sofa will know more about
the state of your health than your doctor, and your fridge will be monitoring your
diet. Technology expert Tom Bailey explains how ‘the internet of things’ is set
to simplify our lives.

It was late
2013 when the email arrived. The subject line – ‘You will love this!’ –
immediately aroused my suspicions. As a technology editor, I’ve spent the last
decade chasing ‘the next big thing’ and have been assured that I ‘will love’
many a doomed dust-magnet – from Microsoft’s forgettable attempt at an iPod
(sorry, Zune) to Google’s Terminator-esque smart glasses (quietly abandoned).

The email
offered me the chance to become the first British journalist to test ‘the
world’s only internet-connected kettle’ ahead of its launch. ‘Ha!’ I thought.
‘What a preposterous gadget.’ It struck me as both over-engineered – the phrase
‘putting wheels on a tomato’ came to mind – and entirely unnecessary, given
that the electric kettle (invented in 1922) has served builders and prime
ministers equally well for 120 years. Why complicate a brilliant design?
Nevertheless, it was an opportunity that no geek could resist. ‘Internet
kettle, where have you been all my life?!’ I emailed back, tongue firmly in
cheek.

But when
when Smarter’s ‘Wi-Fi Kettle’ arrived, it was love at first brew. Mainly
because I could activate it with my smartphone from beneath a well-appointed
duvet. Then I connected it wirelessly to my alarm clock so that it boiled autonomously
the moment I woke up. I loved it for giving me back the five minutes I used to
spend drumming my fingers on the kitchen worktop. Never mind flying cars and 3D
printers – the internet kettle spoke of space-age possibilities. I had, it
seems, borne witness to the arrival of the Internet of Things.

The
Internet of Things (‘IoT’ for short) is a slightly nauseating bit of Silicon
Valley speak that can be explained thus: connecting everything in your home to
the internet. Why do that? Well, because when everything, from the bin to the
rug, contains sensors and is connected over the web, the ‘things’ in your home
will become more efficient. They will join together and turn your home into a
supercomputer, capable of making smarter decisions than your pathetic analogue
brain could ever hope to. You will save time, energy, money, and see your home
adapt to your personal habits. In short, we’ll all become wizards – with
smartphones instead of wands. 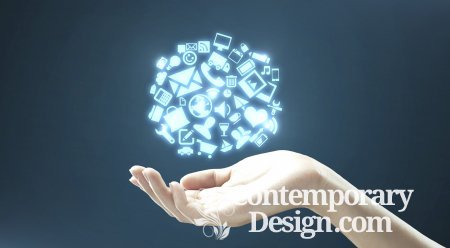 My salutary
experience with the kettle saw me swiftly acquire a Nest ‘Protect’ smoke alarm
that notifies my phone when it sniffs out anything suspicious; a Honeywell
‘Lyric’ thermostat that uses my phone’s GPS chip to track my location and warms
up the house just before I walk through the door; and a ‘LIFX’ smart lightbulb
that gently brightens the room when my alarm clock goes off. I’ve pre-ordered a
‘Vessyl’ cup that will warn me when I’m drinking too many calorific sodas, and
crowd-funded the brilliant ‘DoorBird’, a smartphone-controlled video doorbell
that promises to enable me to chat to unexpected visitors – and bemused posties
– from anywhere in the world.

Rewind five
years and this tech was the preserve of places such as luxury Knightsbridge
apartment complex One Hyde Park. Now, as smart home technology becomes
increasingly inexpensive, the IoT is beginning to flourish. An estimated 10
billion objects are already plugged in to the internet – mostly laptops. But by
2020, experts predict that 50 billion gadgets will be online, an increase
fuelled by our growing appetite for smart TVs, networked fridges and
app-controlled washing machines.

Spool
further into the future and video-streaming doorbells and internet kettles will
be dismissed as mere parlour tricks when viewed through the prism of the IoT’s
true potential. At present, my own burgeoning smart home is based on human-to-
machine communication. The exciting and slightly creepy upgrade will be the
dawn of a new machine-to-machine age.

I visited
the Massachusetts Institute of Technology’s Media Labs to view a mocked-up
vision of the IoT-powered home of 2020. As soon as I set foot inside, the room
identified me, tapping into a cloud-based profile of personal preferences such
as climate control, music and lighting. By checking the Calendar app on my
phone and the blood-pressure biosensors in my clothes it can tell that I have
had a tough day, so switches on soothing classical music. If I had put on a few
pounds, my bathroom scales would prompt the fridge to amend my usual online
Ocado order to include low-fat cheese and kale smoothies.

All very
helpful, but at what point will my IoT home start to gossip about its imperfect
human master like a truculent Downton Abbey lackey? And should we worry about
giving ordinary objects extraordinary powers? Call me wildly optimistic, but
nothing I’ve experienced leads me to believe that the IoT will turn my tranquil
abode into a scene from The Sorcerer’s Apprentice – Disney’s iconic reimagining
of Goethe’s prescient warning of the danger of power over wisdom. As today’s
smart tech paves the way for an internet-connected house, experts predict an
‘ambient experience’. The gadgets will be reassuring: capable of transforming
mere bricks and mortar into a home that anticipates our needs before we do.

Of course,
if I want to be part of the dream, the objects in my home will have to become
host to thousands of sensors, all harvesting information about how I live. They
will, for the most part, be invisible. An Eames chair will still be an Eames
chair, but it will book you an appointment with a chiropractor when it notices
your poor posture. A Rodolfo Dordoni cocktail table will still be a cocktail
table, but it will dim the lights and play your favourite Etta James track when
you set down a martini in the evening. If interior decoration is
personalisation, then the Internet of Things will take personalisation to its
logical conclusion. I just didn’t expect it all to start with a kettle.