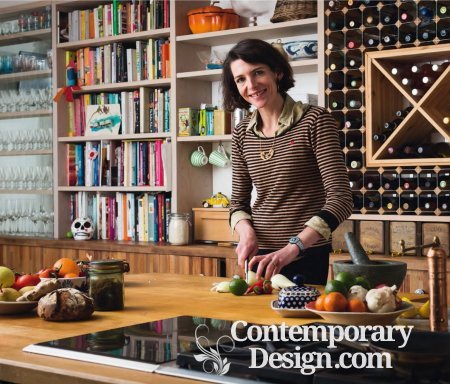 Former Masterchefwinner Thomasina Miers, who founded the Wahaca chain of Mexican street-food
restaurants in 2007, lives in West London with her husband, Mark, and their two
children: Tatyana, three, and Ottilie, one. Her colorful kitchen reveals her
love of Latin American food, style and culture.

I needed my kitchen to be the biggest room in the house because I knew it was where I would
spend the most time. For me, it was all about creating a modern and urban space
that would be cosy but not twee. I wanted it to feel warm and welcoming, rather
than slick and industrial. 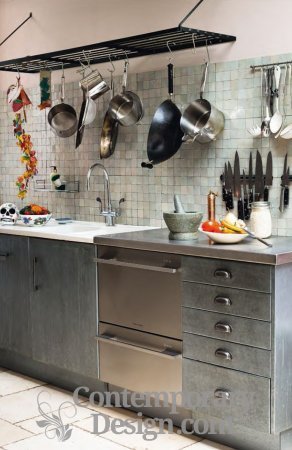 I designed
the kitchen together with my father. It was a collaborative process; we spent
months tweaking the layout. He was a cabinetmaker and built a lot of the
furniture from reclaimed wood. He used salvaged cattle-truck panels, which are made
from old hardwood chips, to construct the kitchen table – which seats 14 people
– and the cupboard doors. When I lived in Mexico, I met a woman who had chosen
to display her cookery volumes over an entire wall of the kitchen. I remember
loving the bright colors, so decided to recreate the look by introducing
shelves of recipe books. 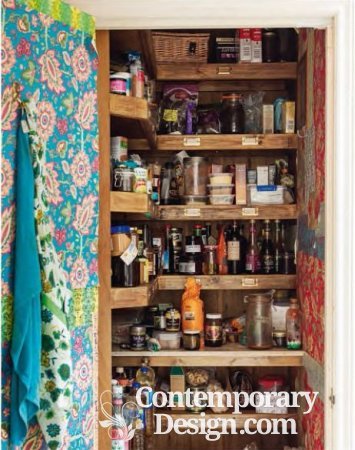 The
original design didn’t give me nearly enough room for storing and preparing
food. To make more space in the kitchen for the larder, which has a special
ventilation system that’s ideal for keeping ingredients cool, we had to move
the bathroom. We also added cupboards along the entire length of one wall and
installed a central island made from oak that acts as a huge chopping board.

Every
morning, my children and I sit around the kitchen island and linger over toast
or porridge. Breakfast is a big thing for me: it’s why I’m always late for
work. In the evenings, our parties seem to finish later and later too-mostly
because we keep discovering amazing Mexican tequilas and inevitably have to
bring them out after dinner.

I selected
a mix of materials to help create contrasts. The stainless-steel units by
Sub-Zero & Wolf stand out against the wooden furniture and the dusky-pink
paintwork. 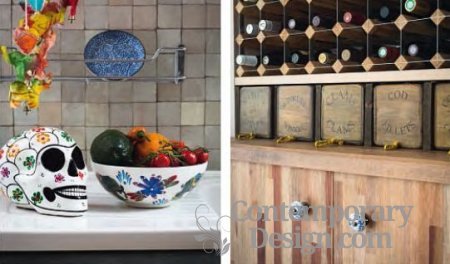 I’ve worked
with talented designers on the interiors for j the Wahaca restaurants: I love
what Markus Friedrich Staab does with reclaimed furniture, for example. Seeing
his pieces has made me want to buy some new chairs for my own kitchen.

I couldn’t
live without my Bamix blender – it’s perfect for making last-minute soups – or
my double-width fridge-freezer. We will grow out of this house and have to move
on, but I don’t know how I’ll be able to bear leaving this kitchen!